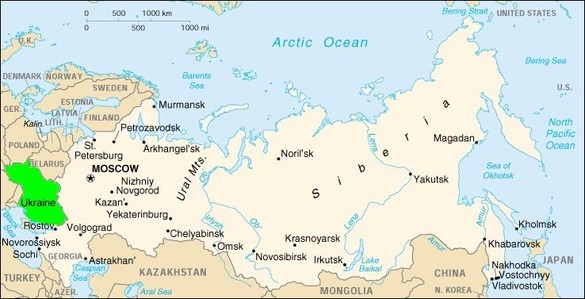 Stalin's Reign of Terror signifies a dark period in Soviet History.  While the numbers detailing just how many people died are often approximate - there is no doubt that hundreds of thousands of people perished as a result (whether direct or indirect) of his policies.  Because many of Stalin's victims were killed due to their political leanings, historians have a difficult time classifying this period of history as a series of genocidal events.  According to the United States Holocaust Memorial Museum's website:

[G]enocide means any of the following acts committed with intent to destroy, in whole or in part, a national, ethnical, racial or religious group, as such:
(a) Killing members of the group;
(b) Causing serious bodily or mental harm to members of the group;
(c) Deliberately inflicting on the group conditions of life calculated to bring about its physical destruction in whole or in part;
(d) Imposing measures intended to prevent births within the group;
(e) Forcibly transferring children of the group to another group.

Before Stalin's reign of terror started in the 1930s, the people in Russia had to deal with the 1917 Russian Revolution. On February 23, 1917, workers of textile factories throughout Russia went on strike in order to demand for bread" (Kenez 14). Furthermore, "On February 26, 1917, the day was a turning point. The soldiers who had freely mingled with the crowd for days was finally allowed to kill." (15) Before Stalin came to power, there was not much of a pre war life, as there always seemed to be a war. After Lenin died in 1922, this was when Stalin came to power. 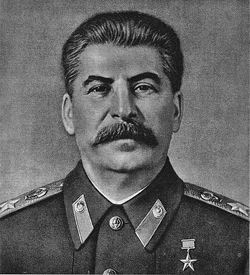 What Led to Stalin Coming to Power:
The main answer to this question is the death of Lenin in the 1924. According to Caroline Kennedy-Pipe, author of "Russia and the World: 1917-1991", "Immediately following the death of Stalin, however, the Soviet story is one of uncertainty and insecurity. Stalin's death removed the hope that the cult of personality could be used to overcome the difficulties of the USSR. This left the problem of who was to rule because there existed no clear mechanisms by which to choose a new leader." (Kennedy-Pipe 105)
("Russia and the World: 1917-1991", Caroline Kennedy-Pipe, University of Durham, 1998, USA.)
Furthermore, in the book "A History of the Soviet Union" by George Van Rauch, he says that "Following Lenin's Death in 1924, a triumvirate, a troika, as the Russians called it, consisting of Zinoviev, Kamenev and Stalin took over the reins." "Very soon, Stalin succeeded in gaining the dominant position in the government and pushing the rest of the people out of the office."(156)

The Reign of Terror 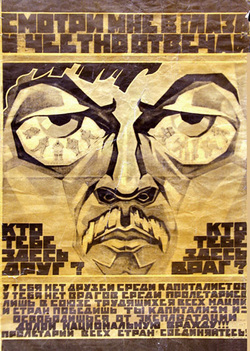 At the onset of the 1930’s, Stalin wanted his 5-year plan to transform the Soviet Union into a global superpower realized. Part of this plan involved the collectivization of private farms.  Seventy percent of farmers, mostly kulaks, were not impressed by his plan and unwilling to take part in it.  On December 27, 1929, Stalin proposed that the party “[eliminate] the kulaks as a class” (Gellately 169).  By January 30, 1930, the removal of kulaks, and even people that were only accused of being kulak, was sanctioned.  Within a year, 1.8 million people had been deported to Gulags, exiled or killed. Naturally, their belongings and land were confiscated by the state or stolen by the looting parties that routed them out.

Stalin’s forced removal of these people, and his need to collectivize farmland, led to a famine from 1931-1932 that affected the Ukraine more so than any other member of the Soviet Union (Gellately 228, 232).  On August 7, 1932 he implements the “law on the five ears of corn,” which sentenced “tens of thousands of starving people” to death or 10 years in prison for the crime of “counterrevolutionary theft” – in other words for stealing the grain that Stalin earmarked for a provisioning system that excluded 80% of the Soviet Union’s populations.  This law mainly affected peasantry and the disenfranchised (Gellately 228). Stalin then passed the “passportization” law in December of this same year, which prevented specific groups of citizens from accessing food rations and pinpoints “undesirables." The new year brought with it even more restrictions – railway ticket sales were limited to prevent the exodus of starving peasants from their towns.  Anyone caught trying to flee the famine was either forced to turn back, or dropped off outside city limits and forced to fend for themselves. The peasants continued to die via starvation, from poisoning caused by eating food “unfit for human consumption," or by suicide (Gellately 233).

In 1933, Stalin’s policies reached new heights of terror.  In an effort to expel the remaining classes that he felt were “anti-Soviet” -  including former nobles and priests, bourgeois intellectuals, policemen, and foreigners - Stalin allowed the secret police to purge and clean the cities.   Roughly 500,000 Soviet Poles and Germans (and possibly Koreans) were deported much as the kulaks had been. Many of this number died in exile (Naimark 84). By 1935, 266,000 more people described as "harmful elements," including homeless children, had been rounded up.

On July 3, 1937 (the beginning of the Great Terror or the Great Purge), Stalin declares that “anti-Soviet elements” were returning from exile and pinpointed them as saboteurs. By July 30, 1937 Order No. 00447 was issued allowing for the execution of the “most active” elements and the arrest and deportation to concentration camps for 8 to 10 years for the “least active.” Quotas were even implemented. In Leningrad 4,000 most-active elements were to be executed, while 10,000 least-active were sent to camps.  The quota system also called for a certain number of camp prisoners to be executed.  Troika’s were used to try and execute people. In 1938, one troika in particular (the Dalstroi troika) sentenced 12,566 people, 47% (5,866) of whom were sentenced to death. In cases where the accused was foreign, the probability of receiving a death sentence was significantly higher (Naimark 84).

Work colonies were established for minors, and new laws were adapted that allowed for the execution of children under the age of 12. If children were young enough, and evinced enough they were sent to orphanages. If they were old enough, and behaved as supporters of Stalin should, they were sometimes allowed to stay at home without their now dead or incarcerated parents (Kuhr 217).  However, life was by no means easy for many of them. 155,000 children were sent to work colonies over the next 4 years, with 10,000 being in the Gulag by 1939 (Gellately 242). Some children were bullied by adults at orphanages because they were children of "enemies of the state." Others, still, were raped or otherwise taken advantage of. Pregnant women were not spared. They were rounded up as well and forced to give birth in camp (Switzer 52). By 1940, 1.3 million people were imprisoned in the Gulag (Gellately 256).

While it is difficult to report exactly how many people died, it is estimated that between 1930 and 1953 1.1 to 1.2 million Soviet citizens were executed with 75% having been killed during the Great Terror.  Six million citizens were exiled, 16 to 17 million were placed in labor camps.  Of those placed in labor camps, 10%  died.  These numbers do not account for the 3 to 5 million men, women and children that perished as a result of the Ukrainian famine, or the mass murders and executions of foreigners and peasants resistant to collectivazation (Naimark 131). Even in the face of this evidence, there is still debate surrounding the effort to highlight Stalin’s Reign of Terror as an act of genocide. 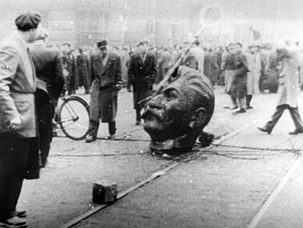 Although The man who emerged as Soviet leader (Nikita Khrushchev) tried to act as fast as possible following Stalin's death to help his people, there was much damage that was already done. As a consequence of his "purges" many families were left broken and distraught following Stalin's death. It is recorded that by the end of his reign in 1938 the secret police , or NKVD, has as many as half of the urban population down on their lists for execution (Jones). That would mean that one in every twenty people would have soon been dead or imprisoned which is where a lot of  death took place anyways (Jones). 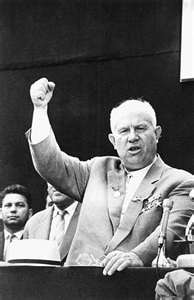 Khrushchev’s so-called " Secret Speech"  at the 20th party congress in 1956 had far-reaching effects on both foreign and domestic policies (Jones). Instantly after his secret speech, the soviet Foreign Policy changed to permit better relations with the West and new and more peaceful approaches to nonaligned countries (Encyclopedia Britannica). Khrushchev's nationality policies reversed the brutal and inhumane policies of Stalin. He helped and reached out to the nettle of the deported nationalities and rehabilitated almost all of them. The accusations of "disloyalty" that were very wide spread and unruly made against them by Stalin were all declared to be untrue (Encyclopedia Britannica). 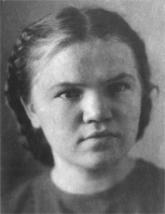 Even after Stalin was dead, the fear that was instilled into the lives of his victims stayed with them throughout  their entire lives. Take the story of Antonina Golovina. Antonina was only eight years old when she and her family were forced into exile in a remote part of Siberia. Her father was taken into custody and was forced to work in the labor camps of the Gulag. Many years later, even after she was reunited with her father and was allowed back into the Soviet Union, Antonina still sensed that terror. The anxiety was so much so that she even joined the Communist party when she was old enough, just to protect herself and her family from any of persecution. She lived all of her life not uttering a single word to anyone she worked with or any of the two husbands she had about her old life and about her family. This was how many of the population of the Soviet Union lived their lives after Stalins reign, in terror and anxiety every day (Figes).